WHO IS ON THE LORD'S SIDE?

VIDEO LINKS TO THIS SERMONS TO THE WORLD 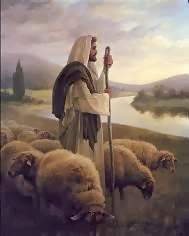 “WHO IS ON THE LORD’S SIDE”
By Pastor Mark Taylor

“For it is written:  “As I live, says the Lord, Every knee shall bow to Me,
And every tongue shall confess to God.” So then each of us shall give account of himself to God.”  (Romans 14:11-12)
I love to preach about the “Love of God” and His Mercy and His Grace.  I really think this is the main theme that you see throughout the Bible.  There is another theme that is sandwiched between these marvelous attributes of God, The Holy Spirit, and our Precious Savior, The Lord Jesus Christ.  That theme is about choosing to serve God or following Satan.

Joshua challenged the children of Israel to make a clear choice of who they were going to serve. “Choose you this day whom you will serve...” (Joshua 24:15)

God’s Word emphasizes His Grace.   “For by grace you have been saved through faith, and that not of yourselves; it is the gift of God, not of works, lest anyone should boast. For we are His workmanship, created in Christ Jesus for good works, which God prepared beforehand that we should walk in them.”  (Ephesians 2:8-10).

Some have used this verse to develop a false since of security in believing that once they are “saved”, that they can do what ever they want to without consequences. It is my personal opinion that those who have this attitude toward the wonderful gift of Salvation, probably do not know the Lord Jesus as their Savior. They are not on “The Lord’s Side”.  “What shall we say then? Shall we continue in sin that grace may abound? Certainly not! How shall we who died to sin live any longer in it? Or do you not know that as many of us as were baptized into Christ Jesus were baptized into His death?” (Romans 6:1-3).

When the children of Israel were freed from 400 years of slavery and had the opportunity to start a new life with God’s blessings, many of them chose to rebel against God and Moses.  Moses asked a question that God would like for you to answer:
“Moses stood in the entrance of the camp, and said, Whoever is on the Lord’s side—come to me!” (Exodus 32:26).

Three thousand did not come to Moses, but remained in defiance.  They were all killed that day.  Our Lord has told us:  "He who is not with Me is against Me, and he who does not gather with Me scatters abroad.” (Matthew 12:30).  The Christian life is not a game in which you can change sides when you want to.  "No one can serve two masters; for either he will hate the one and love the other, or else he will be loyal to the one and despise the other. You cannot serve God and mammon (the world)."  (Matthew 6:24).

When you choose the wrong side you lose God’s blessings, His protection, and the possibility of His gift of Eternal Life.   I know the Grace of God is “Greater than all of our sins”, but I also know that Jesus said: “He who has My commandments and keeps them, it is he who loves Me. And he who loves Me will be loved by My Father, and I will love him and manifest Myself to him.”  (John 14:21).  If you have no desire to keep His commandments of loving one another, forgiving one another, and living a life that is pleasing to God, then you are probably not on “God’s Side”.  The tree is known by its fruit whether is is good or corrupt. (Matthew 12:33).  Jesus wants you to know whether you are on “The Lord’s Side” or not.  What kind of fruit does your life produce?

Jesus wants you on His side.  “Jesus stood and cried out, saying, "If anyone thirsts, let him come to Me and drink.” (John 7:37).  "My sheep hear My voice, and I know them, and they follow Me. "And I give them eternal life, and they shall never perish; neither shall anyone snatch them out of My hand.” (John 10:27-28). When you choose the Lord’s side, you receive all the benefits of a child of God.

You not only receive all the blessings that come with obedience, but you receive an inheritance as a child of God.  “Blessed be the God and Father of our Lord Jesus Christ, who according to His abundant mercy has begotten us again to a living hope through the resurrection of Jesus Christ from the dead, to an inheritance incorruptible and undefiled and that does not fade away, reserved in heaven for you” (1 Peter 1:3-4).

When you choose the Lord’s side, you receive the benefit of instant contact with the Creator of the Universe.  “I love the LORD, because He has heard My voice and my supplications. Because He has inclined His ear to me, Therefore I will call upon Him as long as I live.” (Psalms 116:1-2).

Our Lord also said this to those who were trying to live on both sides of the fence: “Not everyone who says to Me, ‘Lord, Lord,’ shall enter the kingdom of heaven, but he who does the will of My Father in heaven.” (Matthew 7:21).

“The Holy Spirit, Himself, bears witness with our spirit, that we are the children of God.” (Romans 8:16).  There is in every believer both the testimony of God’s Spirit, and the testimony of the believer that they are a child of God.  The believer can know if He if He is a child of God if He loves God and desires to live a life pleasing to God.  This is an inward proof.  A true lover of God will desire to do His will “on Earth as it is done in Heaven.” (Luke 11:2).  The testimony of the Holy Spirit is an inward impression on the souls of believers where He testifies to their spirit that they are children of God.

My prayer for you is that you will declare as Joshua did when he said:  “As for me and my house, we will serve the Lord.” (Joshua 24:15)

Posted by PASTOR MARK TAYLOR at 3:39 PM No comments:

THE PRAYER OF JABEZ 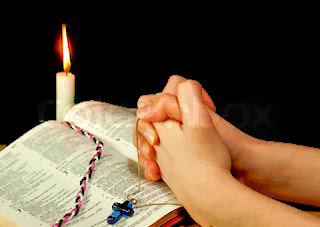 The Prayer of Jabez
by Pastor Mark Taylor

And Jabez called on the God of Israel saying, ‘Oh, that You would bless me indeed, and enlarge my territory, that Your hand would be with me, and that You would keep me from evil, that I may not cause pain!’ So God granted him what he requested” (1 Chronicles 4:10, NKJV).

Jabez was not remembered for some outstanding achievement, but a prayer.  He did not win a great battle or erect a great building. He simply prayed a prayer.  He is the only person mentioned in the first nine chapters of I Chronicles because of a prayer that  he prayed.

Jabez prayed for God to bless him. He sought God’s blessing on his life. He was not worried about being selfish, he wanted God’s best and believed that God wanted to give it to him.

God wants to bless you and reward you with prosperity, good health, and happiness.

“Let the LORD be magnified, which hath pleasure in the prosperity of his servant.”  Psalm 35:27

“Honor your father and your mother, that your days may be long upon the land which the Lord your God is giving you.” Exodus 20:12

If you want to have more so that you can give more, then that is an acceptable prayer. If you want to be able to give more to missions or an outreach program so that people will come to know Christ, then by all means pray for material prosperity.

If you want wisdom so that you can help other people then pray for wisdom, for the Bible says, “If any of you lacks wisdom, he should ask God, who gives generously to all without finding fault, and it will be given to him” (James 1:5).  If you want to serve others with more talents and resources, then pray for those things in order that your life may be a blessing.

Blessing means responsibility. Serving God by serving people takes time. If God gives me more, I have to do more.

“Enlarge my territory” This is taking the limitations off God in your life!

This is saying God, “I am not going to limit You in what you can do through me.” Remember, it is us who limits the work of the Holy Spirit in our lives The word for “enlarge” also means – to bring in abundance, to increase, to bring up, to multiply, to make greater, to extend the dimensions…”  Many people never have a purpose larger than themselves.  Jabez prayed that God would enlarge his borders.  A leader is a servant of other people. Jabez wanted to be used by God more than anything else.

Do you want to be blessed by God?  Be a blessing Then pray for God to enlarge your life and your sphere of influence. Ask him for something so big that you cannot possibly do it by yourself. Ask him to enlarge your territory. Surely there is more to life than trying to make yourself happy.   God wants you to see beyond the circumstances. He wants to enlarge your life if you will join Hm by praying and believing for His blessing.

The third thing to consider is: Jabez prayed for God’s hand to be upon him. Jabez knew that what he was praying for was bigger than what he could accomplish himself. He was praying for something so big that only the hand of God on his life could accomplish it.  Begin to pray for the hand of God to be upon your life so that you can accomplish something great for Him. Hopefully, it will be something so great that when it comes to pass, you and everyone else will have to say, “This had to be the hand of God, because there is no way I could have done this by myself!”

Jabez called on the One who could, would and wanted to make the difference in his life. His prayer let loose God’s will, power and blessing in his life. It can do this in your life also.  Are you willing to be like Jabez and do the "extra" to bring about the extraordinary work of God in your life? It all starts with a prayer.
Posted by PASTOR MARK TAYLOR at 2:23 AM No comments: