TALENTS - USE THEM OR LOVE THEM

YOUR TALENTS - USE THEM OR LOSE THEM 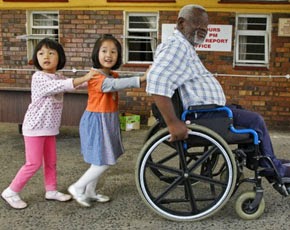 YOUR TALENTS – USE THEM OR LOSE THEM
By Pastor Mark Taylor
“Well done, good, and faithful servant” Matthew 25:14-30
When our Lord and Savior, Jesus Christ returned to Heaven at His Ascension, He went into a “far country’.  He has promised to return, and He will keep His promise.  He has left you and I with “talents” that He wants us to use.  In the verses above, it states: “For the kingdom of heaven is like a man traveling to a far country..”  Our Lord is trying to show us what it means to be a Christian today.
In the parable, 5 talents equal about 2.5 million dollars, 2 talents is about a million dollars, and 1 talent is about a half a million dollars.  As you read the parable, you see the first two men double the money of their master, while the third man buried his master’s money.  The first two men were thanked, praised, and rewarded.  The third man lost his relationship with the master and was thrown out of his presence.
What did the man with the one talent do wrong?  He returned his master’s money, so what was the problem.  Some might say that he was lazy and God does not like lazy people.  Another might say he had good intentions, but forgot that he had the talent.  Another might say he lacked self-esteem and was afraid to take the risk that the other two men did.
I think it went well beyond his actions and involved his attitude.  His own words revealed the problem.  “I knew you to be a hard man, reaping where you have not sown, and gathering where you have not planted.  And I was afraid, and went and hid your talent in the ground”. (v. 24-25).
The truth is that the master was very generous and trusted his servants with a lot of treasures.   He also praised the first two for their accomplishments.  He gave them power and made them rulers over many things.  And he opened up us his house to them and made them a part of his family.  Does this sound like a hard and unreasonable man?
The third man made excuses instead of repenting.  He blamed the master for his failure.  And he accused his master of being unreasonable and expecting too much from him.God has given each of us different talents depending upon what He knows we can do.  He has confidence in us that we can accomplish the tasks He has given us to do.

Some of us have more than one talent, because the Lord knows we can do more than someone else.  He has given us opportunity to learn from going to school, being successful in a trade, or having a pleasant personality in dealing with people.  Some people can sing, some can speak in front of groups, some can teach children, some can feed the hungry, some can visit the sick, some can be mentors to young people, some can repair broken things, some can add beauty and order to a building or lawn, some can inspire and lead others in new projects, and all can be faithful in attending worship services.
If we all have talents, then why do some people choose to hide their talents like the “wicked and lazy” servant?”  Probably for the same reason he did.  Some people do not see God as a loving, generous, and rewarding God.  They see Him as “hard” and unfair, and are afraid of Him.  They get this idea of God, because they really do not know Him.  God is not going to punish you for trying and failing.
God has made us with different abilities and different personalities.  We are not all designed to serve the Lord in exactly the same way.  But you have been given talents and are responsible for using them for the Kingdom of God.  Not just in the church building on Sundays, but everyday of your life.
This parable states: “After a long time the lord of those servants came and settled accounts with them.” (v.19)  Our Lord has promised us that He will return for us or we will meet Him when we leave this world.  “So then each of us shall give account of himself to God.” (Romans 14:12).  “The Lord is not slack concerning His promise, as some count slackness, but is longsuffering toward us, not willing that any should perish but that all should come to repentance. But the day of the Lord will come as a thief in the night, in which the heavens will pass away with a great noise, and the elements will melt with fervent heat; both the earth and the works that are in it will be burned up.” (2 Peter 3:9-10)  What a wonderful day that will be when we meet the Lord and He will say to us as this lord said to his servants:  “Well done, good and faithful servant; you were faithful over a few things, I will make you ruler over many things. Enter into the joy of your Lord” (v. 21).


The Lord loves you and is encouraging you not to quit.  Don’t bury or hid you talents.  Multiply your talents by investing them into the lives of others “Therefore, my beloved brethren, be steadfast, immovable, always abounding in the work of the Lord, knowing that your labor is not in vain in the Lord.”                        (1 Corinthians 15:58).
Posted by PASTOR MARK TAYLOR at 3:55 AM No comments: