FINDING A WAY TO SHOW COMPASSION 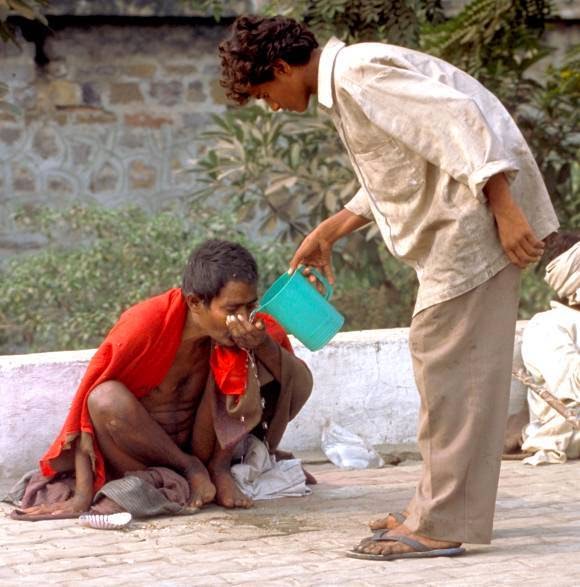 FINDING A WAY TO SHOW COMPASSION
by Pastor Mark Taylor

In English, the word "compassion" actually comes from two words meaning "suffer with" - a person with compassion is willing to "Rejoice with them that do rejoice and weep with them that weep" (Romans 12:15), and, we may add, suffer with those who suffer.

Whenever we come into contact with people in need, we should be "moved with compassion." In part, it's what comes with being human. We not only have the inborn capacity, but also the inclination to have an attitude of sympathy, mercy and pity towards others who are hurting, deprived, or suffering loss. Due to sin, that ability is in small or large measure ruined, but when we are "born again," it comes alive again in full measure.

Teaching: "When Jesus landed and saw a large crowd, he had compassion on them, because they were like sheep without a shepherd. So he began teaching them many things." (Mark 6:34)

Feeding: in Mark 8:2, we hear Jesus say, "I have compassion for these people; they have already been with me three days and have nothing to eat." It can't be overlooked that while the Lord may be primarily interested in spiritual nourishment for the soul, He was not unmindful of the needs of the body as well. Of course we can't help remember that in the Old Testament, food was also miraculously provided as the people of God journeyed from the bondage of Egypt back to the Land of Promise. We're also reminded of what the Psalmist said, "I have been young, and now am old yet have I not seen the righteous forsaken nor his seed begging bread." (Psalm 37:25)

Healing: Two blind men caused a disturbance by calling out to Jesus as He was passing by on His way out of Jericho. "Jesus had compassion on them and touched their eyes. Immediately they received their sight and followed him." (Matthew 20:34).  We are called to provide healing to those who are hurting from disappointments and provide them with the “good news” of Jesus Christ.

Forgiveness: The best known forgiveness story is that of the Prodigal Son come home. Actually, it would be good if we renamed the story, "The Forgiving Father." Listen to this brief description of their reunion, "But while he was still a long way off, his father saw him and was filled with compassion for him; he ran to his son, threw his arms around him and kissed him." (Luke 15:20)

Helping a wounded neighbor: Another truly great story given to us by Luke is that of the "Good Samaritan." You know it well, but notice how Luke describes the moment of encounter. After the priest and Levite crossed to the other side of the street in order to avoid dealing with the wounded man, ". . . a certain Samaritan, as he journeyed came where he was: and when he saw him, he had compassion on him." (Luke 10:33) True compassion involves a willingness to rearrange our own schedule in order to meet the real need of a neighbor in trouble. One obvious point Jesus made was that the man who did the helping was willing to cross over the ethnic divide, and help a beaten and robbed man even though he represented the very people who would have nothing to do with the Samaritan's countrymen. The other tragic reality demonstrated by this story is that just being "religious" doesn't necessarily translate into compassion.

Intercessory prayer: “But when he saw the multitudes, he was moved with compassion on them, because they fainted, and were scattered abroad, as sheep having no shepherd.  Then said he unto his disciples, The harvest truly is plenteous, but the laborers are few; Pray ye therefore the Lord of the harvest, that he will send forth laborers into his harvest” (Matthew 9:36-38).  We can’t be everywhere and we may have few resources, but we can pray that God would meet the needs of others.

Posted by PASTOR MARK TAYLOR at 5:29 AM No comments: